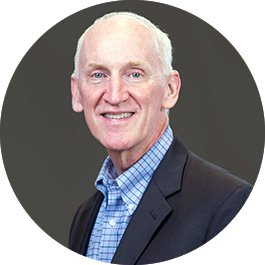 Brian Long is Chief Financial Officer of The Risk Management Association (RMA). In his role, Brian is responsible for setting the financial and technology strategy for RMA.

Before to joining RMA, Brian was the Chief Operating and Financial Officer and a member of the Board of Directors at NetQuest Corp., a data communications startup. Brian’s career emphasis has been on helping organization improve and adapt to change in a positive way. Brian’s emphasis has been on people; developing them and creating the teams and infrastructure for the organization to succeed.

Prior to NetQuest, Brian was the Chief Financial Officer at ACTEGA North America, Inc. (an ALTANA company); a company with revenues of over $110m. Brian joined ACTEGA Kelstar in 2006 as the CFO and was later promoted to Chief Operating and Financial Officer.  In 2016, Kelstar was merged with a sister company, almost doubling its size and forming ACTEGA North America; of which Brian was named the CFO. During his tenure with ACTEGA, Brian provided executive leadership to virtually all departments within the company including Finance, Human Resources, Operations, IT, Purchasing, Continuous Improvement and Customer Service.  Brian also led the acquisition, merge, and integration of several companies during his tenure with ACTEGA.

Brian was also the CFO at Eastern Research, Inc., a telecom start-up, with executive oversight of Finance, IT, Facilities, Contracts and HR. He built and established the organizational infrastructure that enabled the business to scale from $4.5m, when he joined, in 2009 to $65m and 250 employees when the business was sold. He was instrumental in rapid growth of the business and the successful sale to Sycamore Networks for $130M.  Brian started his career at KPMG (formerly Peat Marwick) as an auditor.

B.S. in Accounting from Rider University

← Back to MVC Team