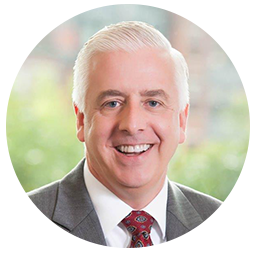 Mr. Fess joined Brookline Bank in May 2010 as Vice President. In August, 2011, he was promoted to SVP, Division Executive, Commercial Real Estate Lending and became President & CEO of Brookline Bank on September 21, 2016. From 1998-2010 he was a Senior Vice President in Commercial Real Estate Lending at Wainwright Bank & Trust Company serving as a member of the management committee responsible for strategic planning, new business development, and sales process improvements. Prior to that, from 1991-1997, he served as an Assistant Vice President at Grove Bank in Chestnut Hill until its acquisition by Citizens Bank, where he was also an Assistant Vice President from 1997-1998.

Mr. Fess holds a Masters of Business Administration from Providence College in Providence, RI, and a Bachelor of Arts in Economics from Boston University. Mr. Fess is also a graduate of the American Bankers Association Stonier Graduate School of Banking.

Mr. Fess serves of the Board of Directors for Supportive Living Inc., a nonprofit based in Woburn dedicated to supporting survivors of brain injuries.