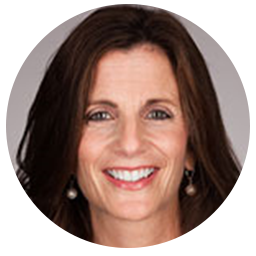 With 30 years of experience in the banking industry and 12 years in board-visible roles, Diana Pagliarini’s transformational leadership developing and executing strategic plans has improved processes, functions and departments while influencing policy changes and risk practices at the enterprise level. Through routine interactions with executive leadership and the Board of Directors, she has a credible voice in challenging process vulnerabilities, designing risk management strategies and driving improved compliance results.

Diana is known for her leadership impact, process effectiveness and passionate commitment to career and performance coaching.

As an Executive Vice President (EVP) and State Street’s General Auditor.  In this capacity, Diana establishes, manages, and evolves the company-wide corporate audit plan to ensure that risk is appropriately managed and governed.  To maintain independence, which is a critical component of the general auditor role, Diana reports to the Board of Director’s Examining and Audit Committee. Diana also participates in Management Committee and Operating Group meetings to ensure the perspectives of Corporate Audit are integrated into discussions and decision-making.

Prior to the General Auditor appointment, Diana joined State Street in 2018 as a Senior Vice President and Head of Financial and Regulatory Assurance (FRA) in Finance.  Diana provided oversight for the Sarbanes-Oxley Program, Regulatory Reporting Assurance and Regulation Assurance Teams, which were focused on strengthening internal controls and risk governance practices through assurance activities including control, data integrity and conformance testing.

Before joining State Street, Diana was an EVP at Citizens Financial Group, Inc., where she was the Head of Risk for the Finance Division and led the programs and initiatives driving sound risk management practices across the Finance Division as well as the company’s Sarbanes-Oxley (SOX) Program.  She joined Citizens as Audit Director in 2012 with internal audit oversight for the customer-facing businesses and supporting operations.  As the department’s Chief Operating Officer, she positioned the function for IPO readiness.

Diana held the positions of General Auditor and Chief Operating Risk Officer at Webster Financial Corporation.  In her role as General Auditor, she defined and executed plans that improved the regulatory rating of the function from “Weak” to “Strong”.  She held various leadership roles at Bank of America in Internal Audit and Risk designing and implementing process improvement programs that elevated risk management effectiveness, reduced operating costs and was awarded a US patent.

Diana resides in the Providence, RI area and holds professional designations as a Certified Internal Auditor, Certified Bank Auditor and Six Sigma Green Belt.  She graduated with a bachelor’s degree in Business Management from the University of Rhode Island.  She served as a board member and Governance Committee Chair for Big Sisters of RI where she led a transformational change in board membership and served as a mentor to young women and girls in high risk circumstances.