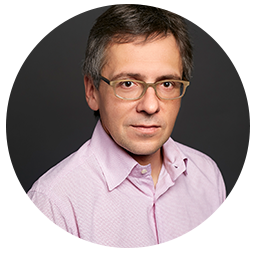 Ian Bremmer is a political scientist who helps business leaders, policy makers, and the general public make sense of the world around them. He is president and founder of Eurasia Group, the world’s leading political risk research and consulting firm, and GZERO Media, a company dedicated to providing intelligent and engaging coverage of international affairs. Ian is an independent voice on critical issues around the globe, offering clearheaded insights through speeches, written commentary, and even satirical puppets (really!).

He is the host of GZERO World with Ian Bremmer, which airs weekly on US national public television. Ian is also a frequent guest on CNN, Fox News, MSNBC, the BBC, Bloomberg, and many others globally.

A prolific writer, Ian is the author of eleven books, including the New York Times bestseller “Us vs Them: The Failure of Globalism” which examines the rise of populism across the world. His latest book “The Power of Crisis: How Three Threats—and Our Response—Will Change the World,” details a trio of looming global crises (health emergencies, climate change, and technological revolution) and outlines how governments, corporations, and concerned citizens can use these crises to create global prosperity and opportunity.

Ian also serves as the foreign affairs columnist and editor at large for Time magazine. He currently teaches at Columbia University's School of International and Public Affairs and previously was a professor at New York University.

Find him on Facebook, LinkedIn, and regularly tweeting from @IanBremmer.