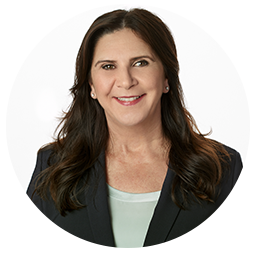 Julie joined Wells Fargo as Chief Auditor in April 2019 and serves as a member of the company’s Operating Committee. She has more than two decades of experience in the financial services industry and is based in San Francisco.

Prior to joining Wells Fargo, Julie served at Citigroup Inc. as chief auditor of Citibank, N.A. She oversaw a global team of more than 1,850 professionals and had direct audit responsibility for anti-money laundering and compliance. Prior to Citigroup, she was general auditor and senior vice president at American Express in New York. In that role, she led a team of 150 audit professionals with an annual audit plan of 240,000 hours. Julie has also held audit services leadership roles at Bank of America and worked as principal/head research analyst at Meritus Research, a hedge fund research company, in San Francisco.

Julie earned an undergraduate degree from the University of Virginia, is a certified internal auditor, and has a certification in risk management assurance. She is a Financial Services Advisory Board Member and a member of the Institute of Internal Auditors. Julie is a veteran of the United States Marine Corps.