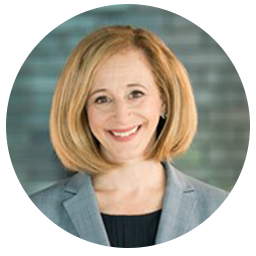 Stephanie Richard was named chief audit executive of Ally Financial Inc. in 2018.  She is responsible for the organization’s internal audit function, as well as administrative oversight for Ally’s loan review function.  Internal audit and loan review are key functions to Ally, aimed at enhancing and protecting organizational value by identifying risks and ensuring the company’s system of internal controls, risk management and governance is operating effectively.  Since her appointment, Richard established a strategic focus on the transformation of the internal audit function, with efforts on cultivating innovation and expanding the use of technology and data analytics.

Prior to her current role, Richard served as Ally’s deputy chief risk officer, where she was responsible for leading various key enterprise risk management programs, including designing the company’s risk appetite framework and stress testing process.

Richard joined Ally in 1997 and has served in a variety of roles with increasing levels of responsibility within the finance, treasury and risk management functions.  Since Ally became a bank holding company in 2008, she has been played an integral part in many of the company’s transformation initiatives. Prior to joining Ally, Richard worked for Deloitte and Touche, where she gained extensive accounting and auditing experience, as well as earned her CPA license.

Richard is a member of Women Executives of Charlotte and serves as president of Women Executives for Community Service (WECS), a non-profit organization whose mission is to provide financial, mentoring and other support to women (25 years or older) who are pursuing a degree at local universities through the WINGS scholarship program.  Many recipients of the WINGS scholarship are first-generation college graduates, most are working mothers, and all are overcoming a variety of personal hardships.  She holds a bachelor’s degree in accounting from Michigan State University and an MBA from Wayne State University.