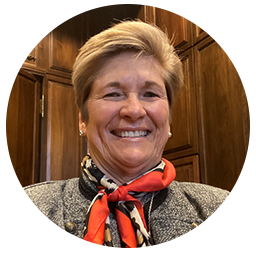 Ms. Spiro is the former President, CEO, and Director of Cecil Bancorp, Inc. and Cecil Bank. Ms. Spiro was recruited to Cecil as a “White Knight” in November 2013 to lead a turnaround of Cecil, which at that time was a highly troubled 50+ -year-old community bank in N.E. Maryland.

During her tenure, Ms. Spiro led a turnaround team that dramatically reduced the bank’s risk profile, addressed the bank’s urgent liquidity issues, and oversaw a $30.2 million recapitalization described by the placement agent “as one of the more complex balance sheet restructuring(s) accomplished by a community bank since the Great Depression.” Ms. Spiro’s post-recap efforts included the orderly liquidation of over $27 million in OREO, and a reduction in NPA’s from a peak of $85 million to less than $5 million. Her management of this effort resulted in substantial capital gains for Cecil, reducing the Bank’s Texas ratio from 998% to below 150%, and returning Cecil to both profitability and well capitalized status. With these final goals accomplished, Ms. Spiro resigned at year-end 2020 after seven years of service.

In April, 2018, Ms. Spiro co-founded Bank On Women, Inc. (http://linkedin.com/in/bankonwomen), and was named Chairman of the Board of Directors. Bank On Women, Inc./WIN (Winning Strategies for Boards and C-Suites) is a non-profit dedicated to educating the community banking industry on the importance of adding qualified women to the Board and C-Suite. Bank On Women, Inc. works within the industry to develop and promote women leaders in community banking, with the goal of increasing the number of qualified women serving on boards of directors and in executive management. Ms. Spiro is a frequent national speaker and panelist on behalf of Bank On Women, Inc. speaking to the financial services industry and those who regulate and influence it about the power of gender diversity.

She also is a frequent author of articles focused on the business proposition for greater gender diversity in the c-suite and boardroom.

Ms. Spiro has wide-ranging CEO and executive level experience with multi-regional, regional, and community bank platforms, most of which were public companies.

Ms. Spiro began her career as a management trainee with Barnett Banks of Florida. Later in her career after relocating to the mid-Atlantic where she became a corporate lender, correspondent banker, and chief lending officer in the mid-Atlantic market. She founded Tysons Financial Corporation and Tysons National Bank and served as its founding President and CEO for 10 years until its sale. After TNB, Ms. Spiro was recruited to be the President and CEO of Heritage Bancorp and Heritage Bank in McLean, Virginia, and led its sale for a significant premium. She also served as an Executive- Vice President at Riggs Bank, N.A in Washington, D.C. Later, Ms. Spiro was recruited from Riggs to become the founding market president for the Mid-Atlantic region for First Tennessee Bank.  At First Tennessee, DBA as First Horizon, Ms. Spiro built out a full-service banking region in 5 years with 17 locations, and approximately $1Billion in total assets. Its sale to M&T was accretive for the Company.

Additionally, Ms. Spiro is the Chairman and CEO of TNP, Financial Enterprise Consulting Services, Inc., which provides a variety of consulting services to Banks, Boards of Directors, Investment Banking Firms, and others focused on the Financial Services Industry.

In addition to her professional experience, Ms. Spiro is an engaged civic leader. She is a member of the invitation-only International Women’s Forum (D.C. Chapter) and has been an active leader in the Greater Mid-Atlantic Region. Her regional activities have included Chairman of the Northern Virginia Chamber, service or membership on the boards of the Economic Club of Washington, the Northern Virginia Business Roundtable, the Northern Virginia Technology Council, the Virginia State Chamber of Commerce, and the Virginia Bankers Association. She has also served as a trustee for the George Mason University Foundation and has served on two Governors’ Commissions for the Commonwealth of Virginia. The Washington Business Journal selected her for the inaugural class of “Women Who Mean Business” for the greater Washington region.