Heat waves and record droughts made July a busy month for meteorologists. According to KPMG’s July Regulatory Recap, addressing climate risk was also an area of focus for regulators and elected officials – though surprisingly followed in August with passage of the Inflation Reduction Act, the largest investment in energy security and climate change in the U.S. to date (more to come in the August recap).

Among the announced actions:

In other regulatory activity, the Securities and Exchange Commission voted on two rules related to the agency’s proxy rules, including the adoption of final amendments to the rules governing “proxy voting advice businesses," or PVABs.

KPMG observed, "The SEC’s changes to the proxy rules recognize the importance of corporate governance and the voice of investors in such matters as the election of directors, merger applications, and shareholder proposals. The final rulemaking and new proposed rule are consistent with the broader regulatory focus on effective, transparent, and timely governance (key tenets of the “G” of ESG). Further, soliciting public comment is also becoming foundational to how regulators seek input on their own rulemakings." 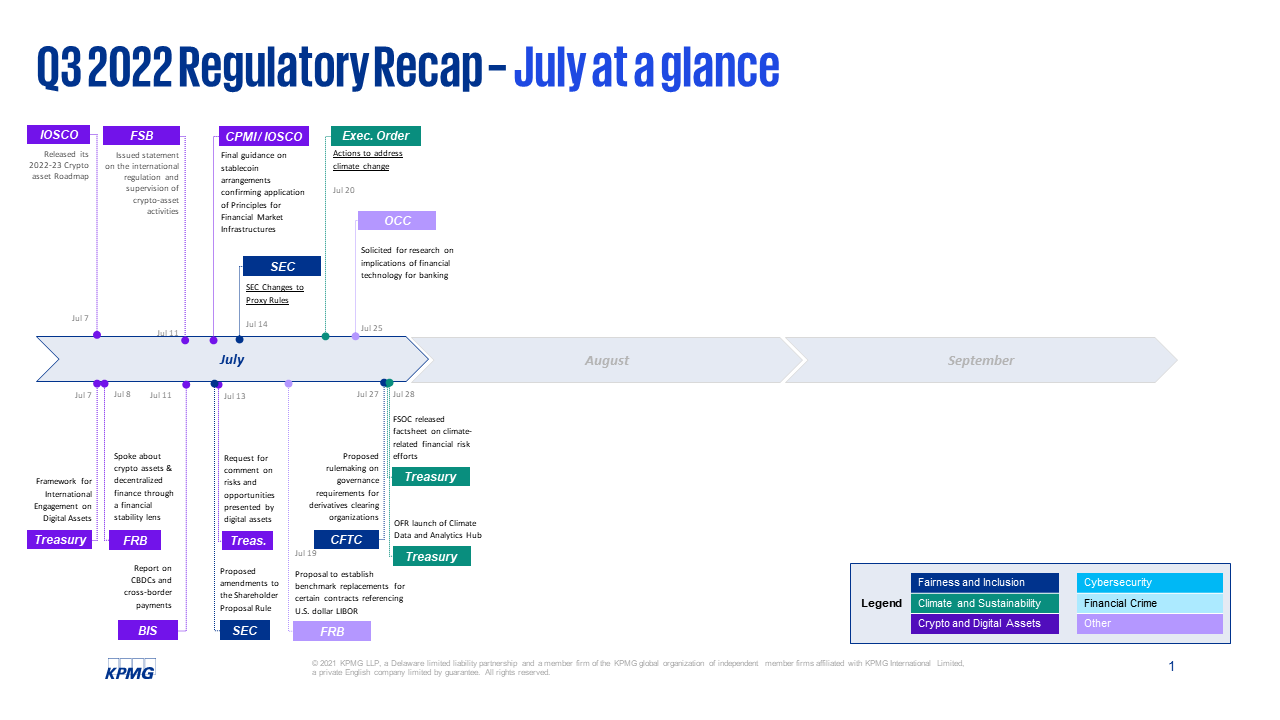